It’s been ten years since the groundbreaking for the Leo Politi Garden in a sheltered corner outside the Henry Madden Library. What began as just an idea has blossomed into a treasured little “secret” garden for the entire campus and community to enjoy.  Inspired by famed, Fresno-born children’s author and illustrator Leo Politi, the garden honors the friendship between Politi and the late Professor Arne Nixon, who taught children’s literature at Fresno State for over 30 years.

To build the Politi Garden, the Arne Nixon Center Advocates raised revenue via donations and through the group’s annual fundraising event, the Secret Garden Party. Walkways, a curving bench, and a fountain like the one in Leo Politi’s 1950 Caldecott-winning picture book, Song of the Swallows, were installed first. The garden was designed by landscape architect Robert Boro and reflects the flora depicted in Politi’s art.  First dedicated in 2010, the opening was presided over by President John Welty, Curator Angelica Carpenter, Arne Nixon Center Advocates Board president Denise Sciandra and Associate Dean of the Library Dave Tyckoson. A plaque in the garden features a quote by Politi taken from his Caldecott Award acceptance speech:  “In all my books, I try to embody certain universal things – the warmth and happiness of family life; my love for animals, people, birds, and flowers; and for the simple warm and earthy things.”

In 2014, the addition of two bronze statues by sculptor Lester Harries based on two wooden sculptures owned by Politi completed the second phase of the garden. The statues are “Big Sister Reading to Little Brother with Dog Looking on” and “Girl with Birds.” A grouping of colorful ceramic mosaic sidewalk tiles, inspired by the ones outside Politi’s home, were recreated by southern California artist and ceramicist, John Cook, and embedded in the walkway near the Garden’s fountain. The work for these enhancements was organized by Arne Nixon Center Curator Jennifer Crow and Center assistant Jami Helwig.

In 2015 the Arne Nixon Center and the Arne Nixon Center Advocates received a Landscape Design Commendation for Good Land Use by the California Garden Clubs, Inc. A favorite spot of many on campus, the Leo Politi Garden stands as a testament to a lifelong friendship and shared love of children’s literature. 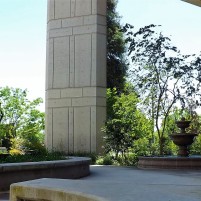 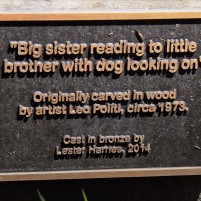 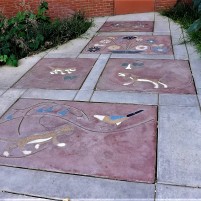 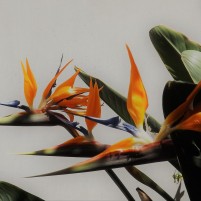 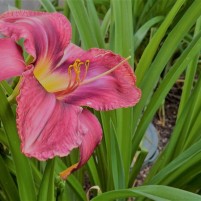 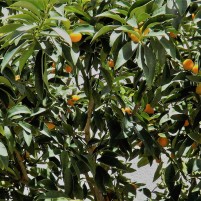 This month, the Madden Library is celebrating Global Diversity Awareness Month.
Join the Arne Nixon Center and the League of Women Voters of Fresno for a conversation with author and editor of Bitch Media, Evette Dionne, on Oct. 20, 2021 from 5:30 – 6:30 p.m. PT. For more info on the event and how to register, visit the linktree in our bio! 📲 #FresnoState

Welcome to the Fresno State campus, which sits in the midst of the San Joaquin Valley, a valley rich in the traditions and representation of Native American peoples and cultures. We are grateful to be in the traditional homelands of the Yokuts and Mono peoples, whose diverse tribal communities share stewardship over this land.